Disinfectant refers to a chemical factor that can kill infectious or harmful microorganisms in the external environment, that is, a preparation used to kill microorganisms on the media to achieve disinfection or sterilization requirements.

Taian Green Industry Co.,Ltd is a professional manufacturer of disinfectant raw materials in China. The company has two production bases, mainly producing quaternary ammonium such as benzalkonium bromide, benzalkonium chloride, and didecyl dimethyl ammonium chloride. Salt surfactants and guanidine disinfectants such as chlorhexidine gluconate, chlorhexidine acetate, polyhexamethylene guanidine and polyhexamethylene biguanide, the products are exported to Europe, the United States, Japan, Korea, Southeast Asia, India And other countries and regions, have been praised and respected by customers.

Peroxide disinfectants have strong oxidizing ability, and various microorganisms are very sensitive to them, and can kill all microorganisms. Such disinfectants include hydrogen peroxide, peracetic acid, chlorine dioxide, and ozone. Their advantage is that they leave no residual toxicity on the items after disinfection.

Aldehyde disinfectants include formaldehyde and glutaraldehyde. The principle of this type of disinfection is that a lively alkylating agent acts on the amino, carboxyl, hydroxyl and sulfhydryl groups in the microbial protein, thereby destroying the protein molecule and killing the microbe.

The most commonly used alcohol disinfectants are ethanol and isopropanol, which can coagulate proteins and cause the death of microorganisms. They are moderately effective disinfectants, which can kill bacterial propagules and destroy most lipophilic viruses. Alcohols are often used as solvents for certain disinfectants and have synergistic effects. The usual concentration is 75%.

Iodine-containing disinfectants include tincture of iodine and iodine, which can kill bacterial propagules, fungi and some viruses, and can be used to disinfect skin and mucous membranes. It is often used in hospitals for surgical hand washing and disinfection.

Phenolic disinfectants include phenol, cresol, halogenated phenol and phenol derivatives. Halogenated phenol can enhance the bactericidal effect of phenol. For example, triclosan as a preservative has been widely used in clinical disinfection and antiseptic.

Ethylene oxide, also known as ethylene oxide, is a highly effective disinfectant that can kill all microorganisms. Because of its strong penetrating power, it is often used for disinfection or sterilization after packaging leather, plastic, medical equipment, and medical supplies, and it has no damage to most items. It can be used for the disinfection of precision instruments and valuables, especially for The color of the paper has no effect, and it is often used for the disinfection of books, text and archive materials.

In addition, there are biguanide and quaternary ammonium salt disinfectants, which belong to cationic surfactants, which have sterilization and decontamination effects. They are generally used for cleaning and disinfection of non-critical items in hospitals, and can also be used for hand disinfection. Ethanol can enhance its bactericidal effect as a skin disinfectant. Because these compounds can change the permeability of the bacterial cell membrane, make the cytoplasmic substance extravasate, hinder its metabolism and play a role in killing bacteria. They are often compounded with other disinfectants to improve their sterilization effect and sterilization speed, and are used for disinfection of non-critical items and hand skin in hospitals.

The attached table is the chemical raw materials of common fungicides: 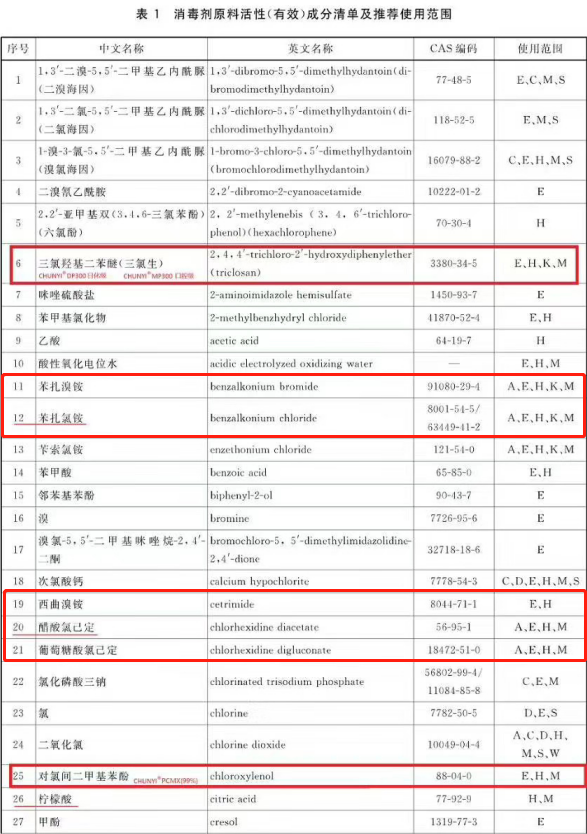 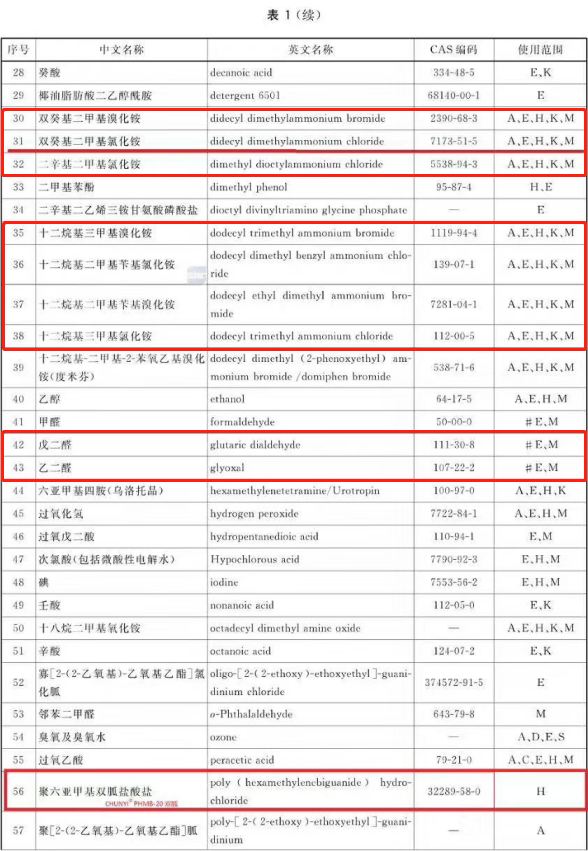 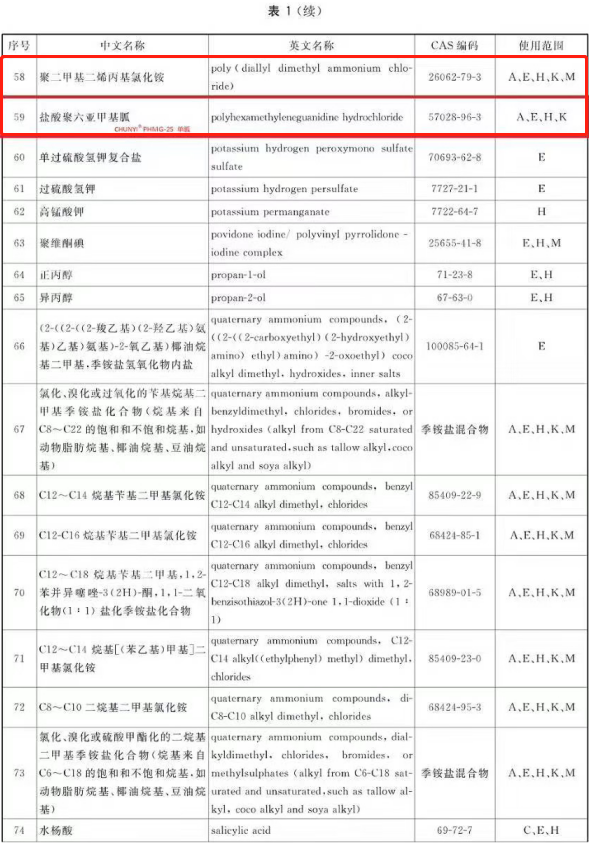 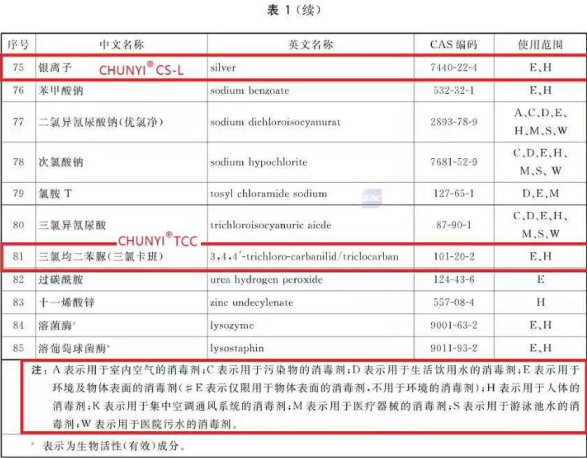